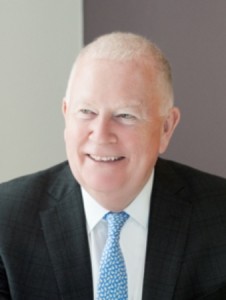 Robert G. Kearns is President and Founder of Kearns Insurance Corporation and Kearns Investment Corporation. Robert is also a founding partner of Kearns Edgewater Financial Services Inc. Originally from Dublin, he graduated with a Bachelor of Arts Degree in Archaeology and Greek and Roman Civilizations from University College Dublin, Ireland, before immigrating to Canada in 1979. Since founding Kearns Insurance Corporation in 1983, Robert is recognized as a creative driving force in the customization of bespoke life and living benefit insurance solutions for successful Canadians.

Since his arrival in Canada, he has been continuously involved in Irish-Canadian business and cultural relations, making significant contributions to a number of Irish-Canadian organizations. These include his position as a member of the Board of the Ireland Fund of Canada from 1980-2004. He was Chairman of the Ireland Fund from 1989-1992, and a Director of the America Ireland Fund. He is also a Founding Director of the Ireland-Canada Chamber of Commerce. In 1997, he began work to establish Ireland Park Foundation as a volunteer board, which was formally incorporated in May of 2000. He has served as Chairman of the Board of Ireland Park Foundation since that time.

Between 1998 and 2008, Robert served as Chairman of the Campaign for Celtic Studies at St. Michael’s College in the University of Toronto. Between 1996 and 2013, he served as a Director of the former Halifax Aircraft Association, a ten-year project with Canadian veterans to restore a Second World War Halifax bomber to commemorate the ten thousand Canadians who failed to return from their service in Bomber Command. From this project, he published Night Flight to Norway: A Canadian Memorial, on the history and restoration of Halifax Aircraft NA 337, under the banner of his own publishing firm, The Welland Press. Robert also served for nine years as a Member of the Board of Governors of Roy Thomson Hall and Massey Hall. He currently serves as a Member of the Board of the NATO Association of Canada.

In 2008, Robert was awarded an Honorary Fellowship from St. Michael’s College at the University of Toronto. Also in 2008, Robert and his brother Jonathan M. Kearns, Partner, Kearns Mancini Architects, were named joint Irish Persons of the Year for their role in creating and designing Ireland Park on Toronto’s Waterfront. In December of 2016, he was the Canadian recipient of the Irish Presidential Distinguished Service Award for the Irish Abroad.

Robert believes passionately in the importance of contributing to all aspects of the vibrant arts community in Toronto and abroad. Much of his personal time is spent pursuing these interests.